Popcorn machines are something we only expect to see in a carnival or a movie theater, but you can definitely keep one at home. If you love popcorn and if it is a staple part of your family movie nights, a popcorn machine can be an ideal gadget for your kitchen.

A popcorn machine is quite a simple utensil, one that is designed only to make popcorn.

The process is almost the same as what you see in a movie theater or at the carnival, but a home popcorn machine is a smaller and much more compact utensil for your kitchen.

How Can You Make Popcorn at Home?

There are actually several ways for you to make popcorn at home from raw or store-bought corn kernels. It is a popular healthy snack that can be prepared very easily at home in a very short time. There are a total of three ways that you can prepare popcorn at home yourself:

Preparing popcorn on a stovetop is one of the most common and traditional practices all over the world. Popcorn can be prepared in a tightly covered pan on the stove with no other tools or utensils needed.

All you need to do is to pour a little oil on your pan and add the corn, and cover up the pan, and the corn will start to pop on its own.

Popcorn acts at its own thermometer so there’s no need to check or regulate the temperature.

However, it might be a good idea to test the temperature inside the pot with only a few pieces of corn kernels at first instead of pouring the whole brunch.

If the temperature is right and the corn kernels start to pop, you can pour the rest of the kernels into the pot and cover it up.

As per the instructions printed on the package, the popcorn needs to be placed inside the microwave oven and the machine needs to be turned on.

These popcorn packets come prepared with oil, butter, or other flavors inside and don’t need anything else. It takes less than a few minutes, depending on the size of the packet, for the popcorn to cook properly.

In a Popcorn Machine

A popcorn machine, an air popper, or a popcorn maker is a simple kitchen tool, almost as easy to operate as a toaster or a coffee machine.

Usually, this machine works by circulating hot air inside the popcorn machine, making the corn kernels pop because of the heat.

As the size of the corn kernels expands and fills up space inside the popcorn machine, the popcorn is automatically blown through an open chute.

A bowl placed strategically below the air chute stores all the hot popcorn in it until the very last kernel has been popped and blown out of the popcorn machine.

Popcorn machines work with both flavored store-bought ones and raw corn.

How to Use a Popcorn Machine to Make Corn? 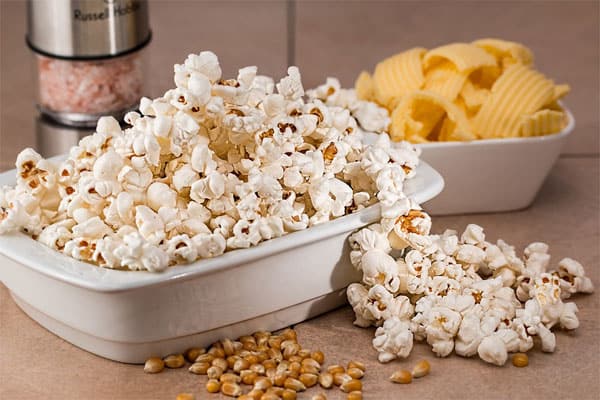 With home popcorn machines, it is very easy to make a batch of popcorn fresh for your movie nights or family nights. It takes only a few minutes whether you are using fresh kernels from raw corn or a store-bought packet of corn.

Popcorn makers come in a variety of sizes, shapes, and designs, but the method is the same. Some popcorn machines are flat and look like a casserole dish with a high lid while others resemble a tall, standing coffee machine.

All kinds of popcorn machines give the same results and take roughly the same amount of time.

Here are some of the items you’ll need for making popcorn in a popcorn machine:

Popcorn makers can be of different types as well, namely: a stirring popcorn maker, a hot air popper machine, and a large commercial popcorn machine like the one we see in a movie theater or the carnival.

It is usually the stirring popcorn maker and the hot air popper machine that can be seen in most kitchens and households.

A stirring popcorn maker comes with a bowl, a lid and a metal mixer like we see in any blender, although not sharp ones. The metal blades need to be attached to the bowl carefully from the button, and placed on a stable and hard surface.

The corn kernels can be poured into the bowl, along with the oil you need for the corn to pop. A chunk of butter shouldn’t ideally be used in a stirring popcorn maker because it can sink to the surface of the bowl and burn.

When you use a hot air popper, the popcorn comes out drier and fluffier. This is actually the healthiest way to make popcorn because the popcorn isn’t dripping in oil or butter.

With a hot air popper, you can also make a number of different types of popcorn as you can adjust the level of salt and oil/butter.

A hot air popper needs to be plugged to a power supply. The popcorn, with oil/butter, salt, and another seasoning can be added to the corn kernels before placing them in the air popper.

Placing a large bowl directly under the mouth of the popcorn maker makes it easy to catch all the popcorn that will come out from the machine.

Depending on the size, most air poppers can hold from one cup of the kernel to one-and-a-half cup, which gives out a large bowl of popcorn in a matter of minutes.

Can you Use Butter Instead of Oil in a Popcorn Machine? 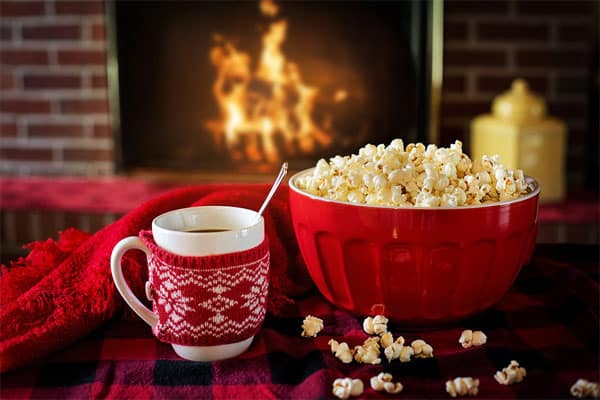 In a stirring popcorn maker, adding a block of butter or a chunk of butter isn’t recommended, because the whole block might sink to the floor of the bowl and burn, instead of melting it gradually.

Butter has a much lower smoke point compared to most kinds of oil, which means butter is most likely to burn and produce a lot of smoke in a very little time, and end up burning the popcorn in the process.

Some stirring machines actually come with a special reservoir for butter. A chunk of butter can be added to this reservoir; the butter in this reservoir will slowly melt and drip over the corn kernels as they pop, giving you a steady buttery flavor all over the entire bowl of popcorn.

With a hot air popper machine, you can pour melted butter over the corn kernels after you place them in the machine.

Butter can be easily melted in the microwave or in a pan over the stove, and directly added to the kernels before turning on the hot air popper machine.

A piece or a chunk of butter won’t work in this kind of machine as it would likely stay while instead of melting, and only add a buttery flavor to a portion of the popcorn.

Some popcorn machines also come with a separate reservoir for melting butter, as well.

No matter which kind of machine you use, or whether you make it in a microwave oven or over the stove, it is only a matter of minutes before you can make yourself a large bowl of steaming, buttery-flavored popcorn for the whole family to enjoy. 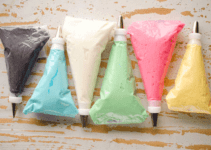 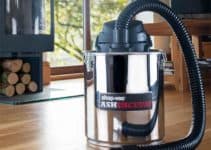 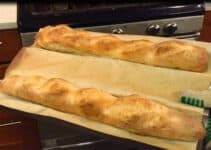