Before you get a new toilet, there’s a single feature you need to consider before making a final choice: the flushing valve.

Here, you will have to pick between the canister flush valve vs flapper – both options offering its own advantages and disadvantages.

If you aren’t well-versed about toilets and want to pick the best option – then you’ll want to learn what they offer and how you can enjoy them.

Here we have everything you’re looking for.

What’s the Flushing Valve of a Toilet?

The flush valve is a small part that goes inside of a toilet tank. It usually goes on the top part of the tank and activates whenever someone pushes the flush button or pulls the flush lever.

When it activates, the valve lets the water on the tank flush through the toilet into the valve. And this is how a toilet eventually flushes.

But of course, there are two types of flushing valves to consider: the canister flush valve and the flapper.

What is a Canister Flush Valve? 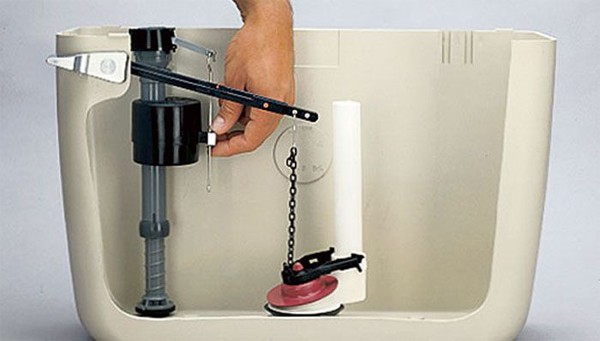 A canister flush toilet refers to a flushing system consisting of a tall & cylindrical valve inside the toilet tank.

This valve activates with the push of a button, lifting up and letting the water in the tank flow through the valve. Eventually, the water reaches the bowl.

A canister flush valve is also a new flushing system. So it requires little maintenance and usually works for long.

Advantages of a Valve:

Disadvantages of a Flush Valve

What is a Flapper? 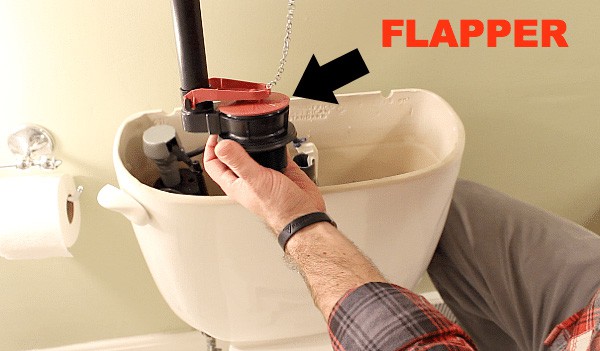 In case your toilet is old, then it probably has a toilet tank flapper. This is a small piece of plastic or rubber that blocks the valve where water flushes through.

The flapper is usually connected to a metal or plastic chain attached to the lever. When the lever or button is activated, then the flapper elevates, letting water go into the bowl to flush.

It is an excellent way to flush, and it is decently efficient. In fact, this is what most toilets use today – especially the cheapest ones. Sure enough, it manages to flush enough water at once.

Advantages of a Flapper

Disadvantages of a Flapper

Now that you’re aware of what each one offers, let’s now go deep into their differences. We’re going to do this with specific factors – such as:

The first thing you have to think about is which one has the widest diameter – or which one lets more water go in.

With a large valve diameter, there’s more space for the water to flow into the toilet. Thus, it flushes faster and more effectively.

A toilet flapper valve, for example, usually has a 2-inches diameter. It can go as far as 2.5 inches and very rarely more than that (high-end & rare models).

But a canister flush valve is often larger at about 3-inches in general. They can go up to 3.25-inches and sometimes 3.5-inches. So, inevitably, they let more water go inside the bowl than a flapper valve.

In terms of diameter, it is safe to say that canister valves are the largest, thus better of the two.

Another vital thing to consider is with how much power the water goes through the flushing valve, thus flushing faster & more effectively.

Here, you’ll have to consider both the size and the shape of the trap-way of the toilet. The bigger the trap, the more chances there are for the toilet to have a powerful flush.

Similarly to the diameter of the valve, canister flush valves tend to be the largest. Why does this happen? Well, because they are newer and typically have a larger diameter, the system can work with a broader trap-way to let more water go in.

At the same time, canister flush valves work a little faster than flappers, so they let water flow a little more efficiently and with slightly more power.

A flapper doesn’t stay behind for much, but they don’t have the same width in the entrance, the trap-way tends to be smaller, and the water goes through a little slower. So, sure enough, they have a little less flushing power.

But there’s a catch – flapper systems only offer one type of flush, while canister valves can offer two types.

This is where you find the dual flush canister. It only works with the canister flush system, requiring two buttons for activation, but offering the chance to flush either 1 gallon per water for liquid waste, or 1.6 gallons for solid waste. So you won’t have to waste all the tank water unless necessary.

You don’t get this chance with flapper systems, so they are a lot less efficient in the long term.

Repairing & replacing each type of valve is yet another distinction to make if you want to find the ideal option.

Typically, you only need to change the chain (either plastic or metal), and that’s it when it comes to a flapper. Sometimes, you may end up changing toilet flapper seals completely (the part that prevents water from going down).

But for canister flush valves, you’ll have the seal, the tower (cylinder), and the buttons. While these tend to last a lot of time, resist more impurities and chemicals than flappers, they still wear down and break.

And when this happens, you may need to spend more time and effort fixing them. In case they need replacement, then they’re also a little more complicated than a standard flapper.

What about the initial costs? Well, here you will also find that a flapper system tends to be more affordable at first.

This happens because flapper systems are simpler, don’t require much effort to install, and usually provide a straightforward operation.

A canister flush valve tends to be more expensive because the mechanism is a little more complicated. While you won’t find them excessively pricier than a flapper, they still cost a few more bucks you may not want to spend. 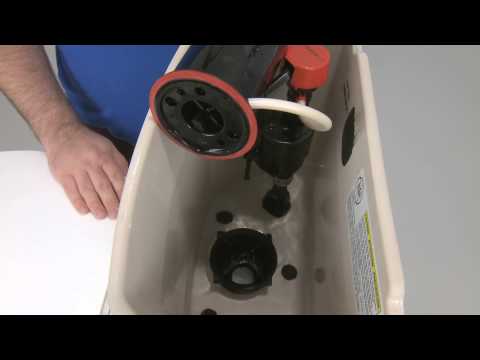 So, what are you going for then?

When considering a canister flush valve vs flapper, you’ll find that the standard flapper is simpler & easier to repair when needed. At the same time, it is more affordable than the canister valve – which makes it ideal if you’re on a low budget. But it also stands behind in terms of power and efficiency.

That’s why those who need power, reliability, and efficiency eventually go for canister flush valves. While they are more expensive and difficult to install and repair, they’re still the most ideal.

Choose the one that meets your standards & needs. Both options are still worth trying – but so choose the one you prefer.