For casting, the two most common types of materials are cast iron and stainless steel. Although many other materials can be used for this process, these two have special mechanical and casting properties that allow them to be reliable, durable, and widespread in use since the dawn of civilization.

While most people think these two are the same, there are actually many differences. So, when it comes to discussing cast iron vs stainless steel in terms of material, property, usability, etc. many things can be said.

Although they appear similar on the surface, each of them has distinct advantages and disadvantages. Proper understanding of this concept can mean the difference between durability, strength, and deformation or fractured parts.

As for the component, both iron and steel are ferrous metal comprised of the iron atom. But its manufacturing is a bit tough as they are added with different metals and alloys.

Since both steel and cast iron are primarily made out of the element iron (Fe), it is important to distinguish between the original element and the iron that we use every day. The elemental iron is found in nature as ore and is extracted through intensive processing called smelting.

The most important element that is mixed with it to make it usable is carbon. Because pure elemental iron is too soft to be useful for important purposes. This carbon amount makes the major distinction between cast iron and steel. Cast iron consists of 2% carbon while steel contains 0.1% to 0.5% carbon.

The most notable differences are based on their usability in regards to toughness, strength, ductility, and hardness. However, although cast iron is stronger and harder, it is not as tough as steel.

Now, let’s discuss some of the major themes which make steel and cast iron different from each other.

Corrosion means the oxidation of refined metal like cast iron or steel into more chemically stable compounds such as oxide or hydroxide. When a ferrous substance is corroded, rust is formed, which is also known as iron oxide. Corrosion degrades the useful properties of the material, such as strength, appearance, etc.

Stainless steel, in our case, is more corrosive than iron. Cast iron has a protective film on it that saves it from corrosion. But both of them will oxidize eventually in the presence of moisture. So, regular maintenance is important to keep them safe from corroding.

Cast iron is cheaper than steel because of its lower material cost, labor requirement, and energy to produce the final product. Raw steel needs more time and attention to cast, so it is costlier.

But sometimes, costlier things might end up being cost-effective in the long run too.

This refers to the ease of casting metal. Most people have never seen liquid iron or steel as their melting point is very high. You cannot cast steel or iron without melting them totally.

The melting point of iron is about 2300˚F, and that of steel is 2600˚F. So, you can see that steel takes much more heat in order to melt. Both of these need to be poured into molds for casting at a much hotter temperature than these melting points.

Cast iron is relatively easier to cast than steel because of two main reasons. One, it doesn’t shrink as much as steel. That means, it can readily fill the void of the mold and requires less amount of liquid for that. And the other reason is what we have already mentioned, that steel melts at a much higher temperature than cast iron.

Since steel is much less fluid than molten iron and shrinks after being cooled, more amount of it is necessary compared to iron.

Although we have seen the usability and advantages of cast iron exceeding that of steel till now when it comes to ductility and strength, stainless steel outperforms everything else.

Steel can be considered as the poster child for both strength and ductility as it can withstand sudden impact without deforming, bending, or breaking. It is also able to withstand high stress and strain forces without fracture.

On the other hand, cast iron deforms without failure with high impact due to its ductile character. So, it has a limited range of applications while steel has wide applicability in the world.

The characteristics of a material that makes it easy to shape, cut, drill or grind, etc. are called its machinability. In other words, the ease with which a metal can be made into a machine with satisfactory finishing and low cost is called machinability.

We’ve already talked about casting molten metal into molds. Most of the time, this cast is used to make machine parts. You can already guess by now that cast iron would be much easier to machine than stainless steel because of its lower melting point and less shrinkage.

While using metal for machine construction, its lack of damping ability may lead to excessive noise and vibration. That is why the vibration damping of cast iron and stainless steel should be considered.

The flaked formation of graphite structure in cast iron is great for absorbing vibration, resulting in reduced noise. Reduction in vibration also minimizes stress and prevents wear on the machine.

On the other hand, the damping ability of steel is much less than iron. So, they are mostly used in sophisticated machines or other machine parts, which produces less vibration.

Cast Iron vs Stainless Steel - Which Is Better for the Kitchen? 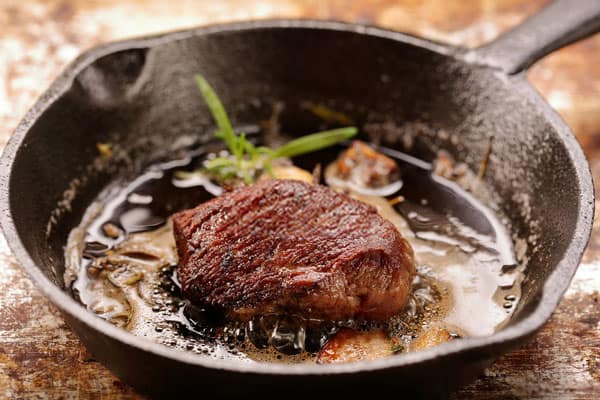 We’ve talked a lot about both of these metals in general and for machine purposes. But where do we mainly use these two in our household? In the kitchen of course. Traditionally kitchen pans have been made with cast iron. But currently, the trend has changed a lot.

Deciding between cast iron pan and stainless-steel pan can be a tough one. But let’s consider two points to know their major differences.

The biggest perk of cooking in a stainless-steel pan is that you’ll only taste your cooked food, not the iron. Foods that have acidic properties might break down the seasoning of a cast iron pan. This means, after a few years of cooking with it, you might notice a weird taste that might not actually come from the food itself.

Besides, if you don’t preheat the cast iron pan before cooking, the food will stick to it. But stainless-steel pans heat very quickly and don't require you to preheat them and their surfaces are nonstick too.

Cast iron pans don’t require you to clean them with soap and water every time you cook something, but they really need a bit more maintenance. They need to be seasoned properly before using it for the first time.

And as you might have guessed already, maintaining steel pans is so much easier and doesn’t require seasoning at all.

Again, since foods tend to get stuck on cast iron pans, you might end up struggling to clean them. And as for stainless steel ones, simple use of some warm soapy water with a soft sponge and you’re done. 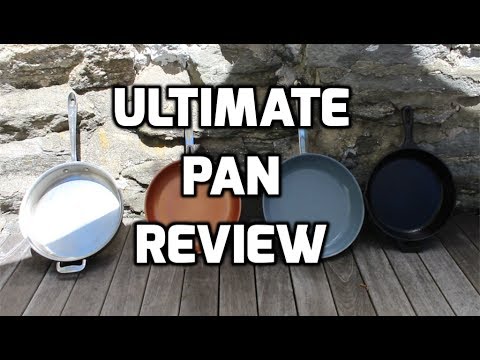 In the usability battle of cast iron vs stainless steel, you will struggle to give preference to one over the other. Both have their own share of advantages as well as disadvantages. That is why both of them are used widely in many forms of work.

But as for a household, why not keep one pan from each type to make your life easier?