When choosing a new toilet for your home or office, you’ll find that two flushing methods stand out: flush valve vs flush tank.

This is a common issue for most users who look for new toilets. Choosing between one and the other feels awfully difficult and ends up creating indecision.

If you’re one of these people who can’t decide which one to go for – then don’t worry. Here, we’re going to help you find out which type of toilet is the right one for you.

Depending on what you’re looking for, you’ll find out whether one or the other is the ideal option. 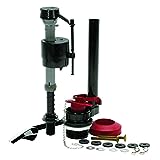 Flush Valve vs Flush Tank: What Makes the Difference?

What is a Flush Valve? 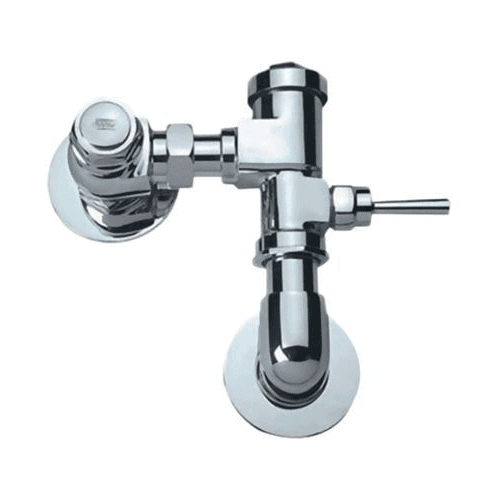 Let’s start by explaining what a toilet flush valve means.

When you get in the market, you will find some models boast a system called direct flushing or valve flushing. It refers to a system where water doesn’t get into a tank but instead goes directly into the bowl.

Most flush valve systems are used on urinals and commercial bathrooms. But they can be pretty useful anywhere with proper water pressure.

This works by using a special one-way valve that lets water go through when the lever is activated. The lever pulls a chain/cord that attaches to a flapper or blockade system. This blockade prevents the water from the plumbing system from entering the bowl.

As you see, the process is pretty simple, yet it manages to be fast and effective. And thanks to the pressure flush valves work with, they get rid of waste the same way. 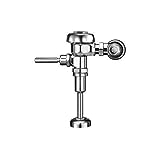 So, what are the specific advantages of using a flush valve system? Here are some of them:

No need to wait up to 1 minute for a toilet tank to fill before you can flush. Instead, use the pressure on the plumbing to get rid of all the waste with a single flush.

This flushing method takes about 1-5 seconds to get rid of everything. And it uses more water, which prevents waste from sticking around afterward.

This gets even better when you consider that most flush valves mix air with the water, to achieve even more pressure and provide a highly effective flush.

Another advantage of a flush valve vs concealed tank is the ability to flush rapidly & effectively without producing much noise.

A flush valve minimizes all the sounds with a straightforward and direct flushing mechanism that prevents all those noises.

Despite being faster & more effective at getting rid of waste, a flush valve is also way easier to maintain and install.

It doesn’t have as many components as a flush tank system, and it requires little to no maintenance over time. The water just goes from the pump to the bowl directly, and that’s it.

A flush valve can be super helpful in many ways, but it can also be somewhat problematic. Here are a few things about flush valves you may not like:

Because it works directly with the force of the water coming through the plumbing system and doesn’t have a tank or complex tubing inside – a flush valve system requires a lot of water pressure to work.

When comparing flush valve vs tank toilet, then you may find this type a little inconvenient for places where water pressure is not that hard. That’s why you’re more likely to find flush valve systems on commercial bathrooms and similar environments instead of residential places.

Even though flush valves are easy to install and maintain, they are not so straightforward when repairing.

This happens because their whole mechanism is usually directly connected with the plumbing system. So most repairs on a flush valve require you to either turn off the water delivery or be super careful when doing the repairs.

Sure enough, this seems like something simple – but it may end up taking a lot of time & effort that other flushing systems don’t. 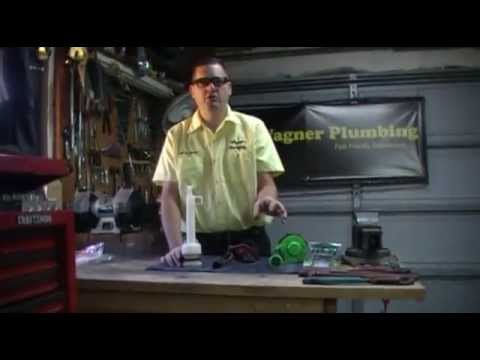 What is a Flush Tank? 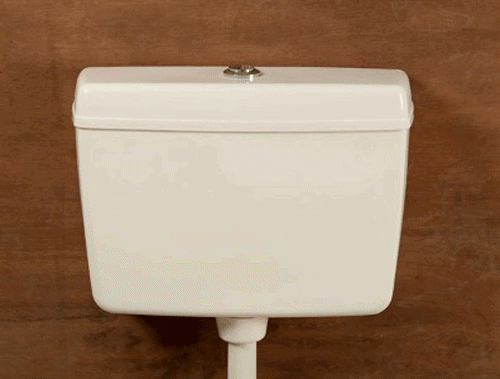 After learning about flush valves, then it’s time to go over flush tanks.

They are not so different in terms of flushing experience. But the results are often not the same.

A typical flush tank toilet usually holds several liters on its tank. This tank eventually empties when a lever/push-button is activated.

The whole process consists of the lever/push-button connected to a blockade (flapper, canister, etc.) that prevents the water from getting into the bowl directly. When it is activated, this blockade is lifted, and thus the water can flow down into the bowl.

There are many types of flush tank systems, though. Some are dual-flush, others are gravity-fed, and others may use either flapper or canister systems, and so on.

But of course, they work in all kinds of scenarios, require little to no effort and time to install, maintain, or repair. That’s why this is the most popular and typical type of flushing systems nowadays. 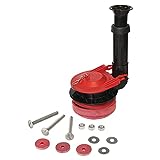 Having a general concept is not enough to learn about it. So we’re also bringing the advantages of this toilet flush mechanism with their respective explanation.

The first advantage is the contrast of needing little to no water pressure to work, unlike flush valve systems.

You can install one of these in remote places where water barely has pressure, so a flush tank will still work correctly. As long as there’s just a little water pressure and flow going into the tank, then that’s enough to make the toilet flush correctly.

Another excellent advantage you get with a flush tank is efficiency. Because they hold a specific amount of water in their tank – they don’t use more than necessary.

That’s why a concealed cistern vs flush valve usually has the upper advantage, because it doesn’t use as much water and still gets rid of the waste.

Flush tanks may still be a little weaker and demand two or thrice flushes to get rid of waste. But for most situations, a single flush from this system is enough – without wasting water.

Despite having a tank on the back, top, or side of the bowl – most toilets with a flush tank are easier to install.

This happens because they don’t work directly with the plumbing system. Instead, they use special water-feeding tubes or mechanisms that only open when the tank is empty.

That ensures proper installation in different types of bathrooms without having to turn off water delivery or waste time & effort trying to be super careful.

You may think a flush tank is a fantastic flushing system by now. But you still don’t know about its disadvantages. Here are some to consider:

There’s probably nothing more annoying about a toilet flush tank than having to wait for several seconds (sometimes minutes) for the tank to refill.

In places where water pressure is ideal, the tank may fill within 20 seconds or less. This will let you flush again in no time.

But for places with little water pressure, one of these tanks can last over 2 minutes to fill completely. While this also means a flush valve system wouldn’t work, it still takes more time than expected.

Most flush tank systems have tanks, chains, flappers, small valves, canisters, and many other components inside. That means they can be sort of challenging to fix when they break.

But the real disadvantage is in maintenance. Because they have a tank that deposits the water, it is common to suffer from issues like clogging that don’t let the flush work well enough. And of course, the only way to prevent this is to consistently clean/maintain the toilet.

Flush Valve vs Flush Tank: Which One to Pick?

Now that you’re aware of the advantages & disadvantages that flush valve and flush tank have – then you’re ready to pick the ideal one for your needs.

Remember, you should only go for the type of toilet that better fits your demands.

While the flush valve would be ideal for commercial settings and anywhere with lots of water pressure, it may be expensive at first and difficult to install.

That’s why a flush tank can be an excellent choice if you don’t have that much water pressure, and still want something straightforward to set up.

So, what are you going for? Both options are worth considering, so take your time if needed. You won’t regret getting the ideal type of toilet flush!