The lavatory, water closet, WC, toilet, crapper – whatever you call it – it is an essential part of everyone’s life. But few are willing to understand how it works.

If you’ve ever asked yourself, how does a toilet flush system work? Then you’ll be glad to know that we have the perfect answer for that.

Whether you went into a deep loop investigating toilets, or you just want to learn more about them out of pure curiosity – then you’ll find everything you’re looking for in this article.

So, interested in learning how a toilet works and how you can get the most out of it? Then take a closer look and scroll down!

What is a Toilet Flush System? 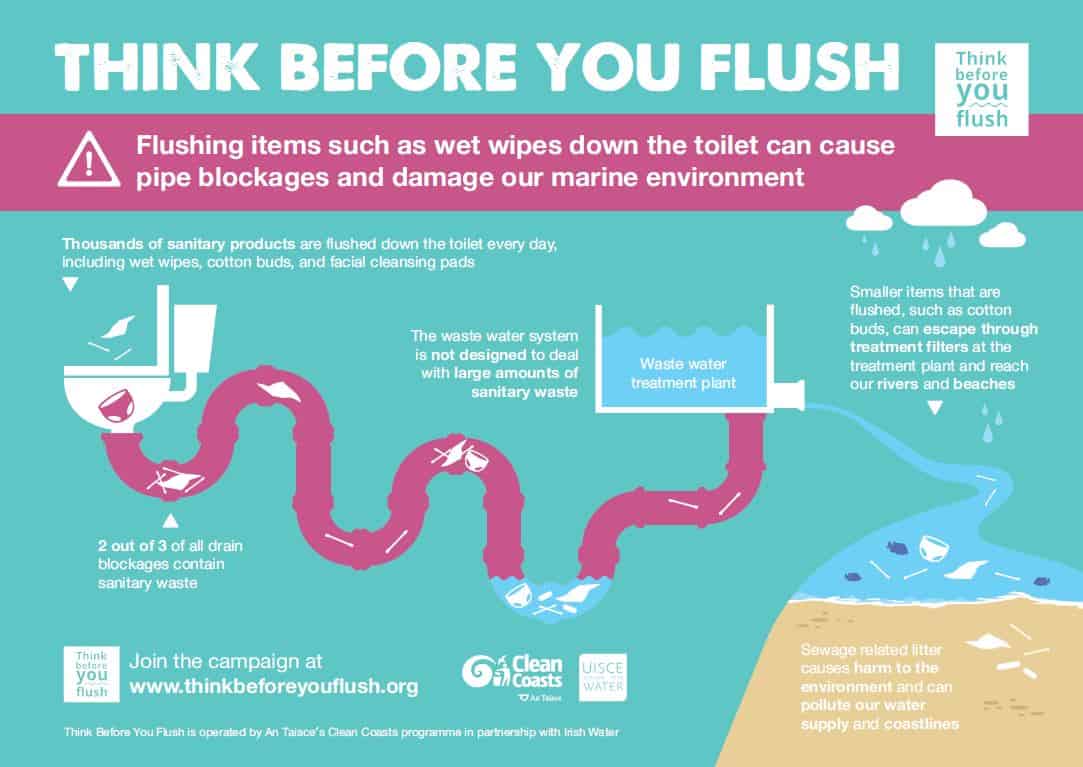 The first thing to think about: what is a toilet flush system exactly?

Well, as the name says, it is the process from which a toilet flushes. Without it, the waste would stay in the same place until water comes washing it off. So, it is safe to say that without the flushing – a toilet becomes a latrine.

To put it in another way using history, the first toilet every used with a flush system was about 2.700 years ago. It traces back in Pakistan, and it was based on a set of toilets connected to a sewage system. Each house had one of these.

The flushing, in these toilets, consisted of people dropping water on the toilet (probably made of clay or stone).

But now, flushing is not that rudimentary. Today, we have available toilet flushing system of all kinds that activate water with a simple pull of a lever, a touch of a button, or even automatically when the toilet senses waste on the bowl.

With the help of water, its pressure, and the force of gravity – most flushing systems today can get rid of waste in the bowl. You can buy the best toto toilet to save water in your home or office?

In short, the flushing system refers to the process of getting rid of whatever there is on the toilet.

The toilet system will vary exponentially depending on the type of toilet and its mechanism. However, you need to understand a few factors first:

First off, let’s explain how does the flush valve in a toilet work by starting with the components of a toilet.

A typical toilet starts with a toilet bowl. This is the part where most people do their thing. It usually has a ring-shaped seat on top, with an oval-shaped cover or lid.

Then you find the lever or button. This is what you press to get the water flowing towards the bowl. It is usually connected directly to the tank, and it activates a mechanism that lets the water flow down.

You will also find the inlet valve. This is the part that controls the water that goes into the tank. When the tank is full, this inlet stops letting water in your skirted toilet.

Then, you find the water-level ball. It is a plastic ball or a similar component that detects the ideal water level. When the tank is filled, it stops water from going in.

How does the toilet fill & empty water? Well, the tank starts filling with water when there’s no water inside. Using the ball system, the toilet detects when it should keep the inlet open and let water drop into the tank.

The tank then stops filling when the floating ball detects enough water in the cistern. So it automatically lowers down to close the inlet valve or activates the closing mechanism to prevent the water from overflowing.

Once the tank empties with a flush, then the filling process starts again.

So, how does a urinal flush valve work? The flush valve opens, letting water go into the bowl, covering the whole surface from side to side, and disposing of the waste by sending it into the drain.

But not all the water coming from the tank or plumbing system will go into the drain. Some of this water stays behind because modern toilets have an “S” curvature or shape to prevent odors coming up from the drainpipe.

At the same time, this S-trap provides a siphon action that makes sure every single piece of waste goes directly into the drain with no comeback.

How Does A Toilet Flush System Work? 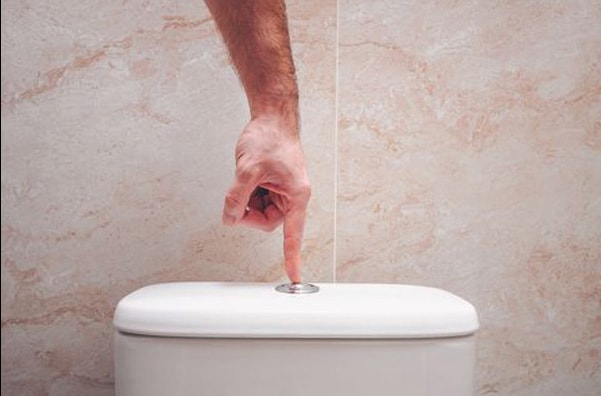 So, how a canister flush valve works exactly? What small processes go into the flush for it to work so perfectly?

After learning all the concepts, then you’re ready to learn how the whole flushing process works. Here’s a small step-by-step description:

1. It starts when someone presses or pulls the lever/button. This part is usually on the tank/cistern.

2. Once the user activates the lever/button, then a flapper/valve is elevated or moved to open the water-flushing system. Here’s where the water starts dropping from the tank or eventually goes directly into the bowl from the plumbing system.

3. The water passes through small tubes or flushing holes in the rim to inundate it. Most of these holes are located on the rear part of the rim. But some toilets have these holes all around to provide an even more effective cleaning/flushing.

4. When the water arrives at the bowl, then it starts inundating until it reaches a level where the siphon action starts. Once the water level surpasses the tipping point on the “S” shape, the whole water starts going down the drain.

5. The siphon action makes sure most of the water sucks away through the drain. This leaves the bowl almost free of water (apart from a little that doesn’t pass the S-trap).

6. When this happens, the floating ball or water-level system on a tank toilet detects that there’s no water. So it lets the water inlet fill the tank once again.

7. After a few minutes, the cistern is filled with water once again and ready to be used.

As we mentioned before, there are different types of toilet flush valves to consider.

The one we explained is the typical flush tank system with a flapper. But you may also find the canister flush valve and the direct flush valve. Some of them have a large tank on top, using gravity instead of the siphon system to flush water away. And a few others may start flushing automatically.

You may need to consider flush valve vs flush tank or pick between canister flush valve vs flapper, and so on. But all of them use a similar process of the water inundating the bowl to eventually push the waste through a siphon system or S-trap.

So, it doesn’t matter what you pick – most flushing systems are based on the same process. 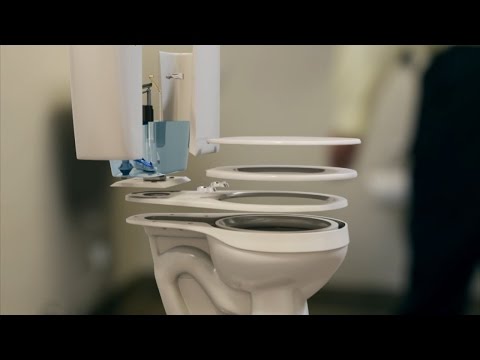 We have explained the toilet flush system here briefly. After reading this, you’re ready to pick up your knowledge and get it to work.

Whether it is to pick a new toilet for your bathroom, fixing a toilet that doesn’t want to flush, or just teaching someone else how it all happens – this article explained everything you need to know.

There are still hundreds of additional things you may need to know – but this is a great start. So don’t hesitate and keep learning!